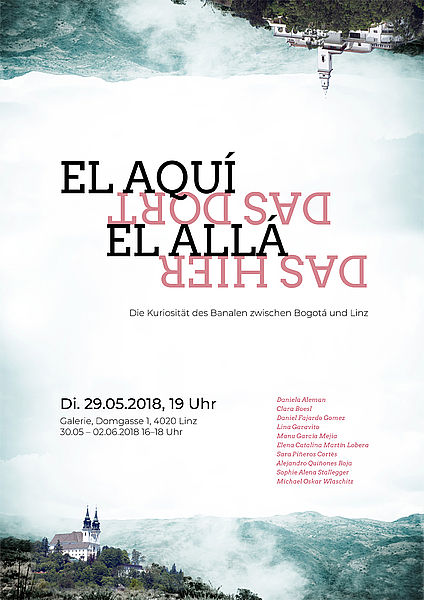 Since 2015 there is a cooperation between the Kunstuniversität in Linz and the Universidad Nacional de Colombia in Bogota. Three years later, and extending far beyond the academic format, a network of students and alumni has formed to share experiences between each other. Each individual has seen and discovered the country, the city and the university in his/her own way, adapted habits and noticed curiosities, and thus developing their own artworks on the basis of this cultural and universitary input.The exhibition offered a view on the differences and similarities, the subtleties of the familiar and the relativity of the self-evident.

Colombia used to be my everyday life until four years ago, when I came here to Linz to do my masters.
Then that everydayness was gradually lost to me – like the dogs you meet on the street that have also become foreign to me. Those friendly creatures that often come to greet and smell. Which represented the concept I wanted to work with: Expressions of Colombian informality.

This Informality can be reflected in the lack of regulation and non-observance of norms, in not taking things too seriously, in being risky or or taking the liberty of going about with something with naturalness in everyday life even if it includes some transgression.

I represent that everydayness in the example of the perro de pueblo, a village dog. That who is so relaxed and informal that you can often find it lying in ease in the middle of a street, on which the cars just dodge it and continue on their way. This informality is a big part of my Saudade.